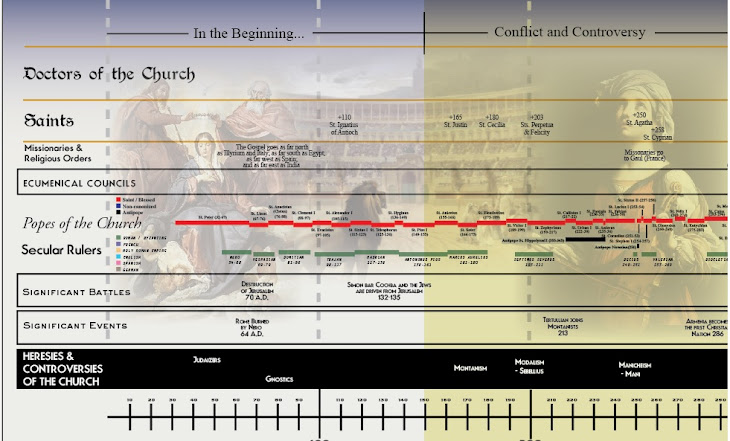 Got time for a 90 second commercial?

9 Ways to Participate in Another's Sin

I believe that many Catholics think that provided they aren’t going against the 10 Commandments that they are in the clear. But there are a number of ways to participate in someone else’s sin. In fact, there are nine ways that a person can participate in another’s sin.

#9
You can participate by counsel. We see in 1Kings 12. We see Rehoboam asking his father’s advisors (his father is King Solomon) if he should be harder on the people or more lenient. King Solomon’s advisors fear that the people may revolt because of difficulties with the King and they suggest more leniency. But Rehoboam’s young advisors see that they might profit if the King is more harsh. So taking the bad advice of his young advisors to be more harsh on the people causes the nation of Israel to split and the eventual downfall of both nations.
So if we counsel someone to do something sinful, we participate in the sin that is committed. For example if you counsel a friend to get an abortion. That would be sinful.

#8
If we command someone to do something sinful, that command is sinful. A Biblical example is in 2 Samuel 11.
While King David’s army was at war, David commits adultery with one of the soldier’s wives. The soldier’s name is Uriah and the woman is Bathsheba. Well, Bathsheba soon finds herself pregnant, and so Uriah is called to take a break from the war. He refuses to spend any time with his wife. So David sends him back to the war with a letter that Uriah is to be put in the hardest place in the battle, and at a certain time all the men would retreat but Uriah, exposing him to death. This command, and the following of it was a sin.
So if I command anyone to do something sinful, that is a sin as well.

#7
By consenting in an evil done - this is a sin.
In Acts 8 we see that Saul (who would become St. Paul) consented to the stoning of St. Stephen in Acts Chapter 7 and consented to the persecution of the Church.
Another example would be if someone were to do something sinful and we just stood by and watched.

#6
By provoking someone to sin. In Genesis 39, we see Potiphar’s wife trying to tempt Joseph into committing adultery with her. He refuses and as a result is accused of rape and thrown into prison, but we know that God blesses him and elevates him to the second highest in Egypt.
When we provoke someone into sin, we are really saying, "come on, it’s not that bad. Are you afraid you’re going to get caught? No one is going to see us." Yet the very provocation is a sin.

#5
By praise or flattery for a sin committed, this is a sin as well.
Acts 12:1-3 ¶ About that time King Herod laid hands upon some members of the church to harm them. 2 He had James, the brother of John, killed by the sword, 3 and when he saw that this was pleasing to the Jews he proceeded to arrest Peter also.
So there were three sins committed here, the first was that King Herod was persecuting the Church and in the process had James put to death.
The second sin was that this first sin pleased some people.
The third sin was that the praise that King Herod received caused him to persecute the Church even further.
This happens all the time on television. Some terrible thing is done (like fornication or worse) and the character is praised for it. So we are exposed to this sin almost constantly.

#4
By concealment, or hiding the sin of others. This isn’t what a priest does in confession. This is something like a public crime. For example, in Genesis 37 when Jacob’s sons sold Joseph as a slave and then lied to their father about what happened. Reuben - the eldest - should have said something to Jacob and a rescue attempt would have been possible. By the very fact that Reuben didn’t say anything to his father and concealed what happened to Joseph - this was a sin as well.
So when we hide a serious sin of someone else this is a sin as well.

#3
By being a partner to someone else’s sin. This goes without saying.
If you help your friend rob a bank - that is a sin.

#2
We can participate in another’s sin by being silent. If, for example, a friend should mention to you that he hasn’t been going to Mass for the past few weeks, but has been with the Lord in the woods where it is quiet instead. It is our duty as a Christian to tell him that missing Mass on purpose is a sin. Now you don’t want to tell him that he is going to burn in hell like a bucket of chicken if he doesn’t go to Mass, but you want to tell him in charity and explain why going to Mass is important.

#1
By defending a sin. In Numbers 16 it talks about a man named Korah and how he began a revolt against Moses and Aaron. Korah said that everyone could be a priest, not just the Levites. This was not what God had revealed to Moses. 250 men stood with Korah and defended his position and as a result the earth opened up and swallowed them.

Now here is an example of participating in the sin of abortion.

We need to review this list frequently and remember that, no matter what PC dictates or what anyone else thinks, these 9 items make us as guilty as the perpetrator.

These are very interesting. To have all these explanations is very nice and helpful.

Wow! This is great. I forgot how being 'politically correct' really will make you participate in the sin, the turning away from
God. I hope you do more to elaborate on these 9, maybe refer to examples in Scripture? (I'm no where near as good as you . . . yet.) Thanks & keep up the good work.

A very interesting and timely post. Thank you. Keep up your good work

In fact, I will use this in my Christian Life Community. It is good for pastoral work.

I am a Protestant, however I am curious what the Catholic position would be, in light of these 9 things listed here, on Christians who refuse to participate in homosexual "wedding" ceremonies.

THIS WEEKEND MY SISTER IS MARRYING A DIVORCED GUY (WITH KIDS) IN THE CATHOLIC CHURCH. ITS TOTAL BLASPHEMY IT DISRECPECTS THE SACRAMENT OF HOLY MATRIMONY AND I REFUSE TO BE A WITNESS AT THE WEDDING I DONT WANT ANY PARTICIPATION IN THIS SIN. HAS ANYONE BEEN IN A SITUATION LIKE THIS?

God will judge you by the same judgement. Any way the sacraments are not of God. Jesus came to save sinners not those who think they are better than others.

Salvation by works is what the catholic system teaches. You can not be saved and kept saved by your works. It is God who works in a person and changes them when they because saved by grace. The catholic system is the beast the whore of babylon. Jesus says to come out of her, His people. The “woman” in Revelation 17 which sits on seven hills.. which is a religious system is Rome. Please study your Bibles and don’t be afraid to come out because of the fear they put in you. They teach you to put your faith in the “church”. And not in Christ alone. Beware and do not be deceived. This is a warning for someone and I know the ones who have ears to hear will. Gods Word goes forth and accomplishes what He sends it out to do.

I would like to respond to some of your objections. The Catholic Church teaches as does the Bible that we are saved by grace (Eph 2), but that we will be judged by our works (Matt 25:31-45). We are "justified by works and not by faith alone" (James 2:24). Also if we don't bear fruit we will be cut off from Christ (John 15). But it is Christ who saves us by his grace.

The sacraments were all instituted by Jesus. It is possible that you have some misunderstanding about what sacraments are. They are signs that let us encounter Christ even after the Ascension. The paralytic was able to hear those beautiful words, "my son, your sins are forgiven" (Mark 2:5), and Jesus gave us the priesthood so those same words could be heard by any sinner throughout time. The priest doesn't have this power in and of himself but again thrugh Jesus.

You would do well to read the lives of the saints, and see that their love for CHrist far surpasses ANYONE that you know.

With over 2100 comments from the last 2000 years of Christian interpretation. Great for the student or the teacher. Perfect addition to any Bible study on Mark.

With over 7000 comments from the last 2000 years of Christian interpretation. Great for the student or the teacher. Perfect addition to any Bible study on Matthew. 738 Pages! 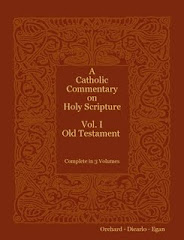 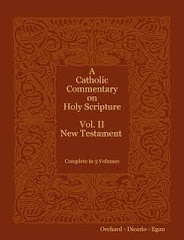